Water for the community – Borehole construction

Water for the community – Borehole construction

CCFA is pleased to support this community conservation initiative that provides safe and convenient access to water as well as assisting communities in their efforts to grow crops for subsistence farming (with a focus on fish and mielies), to feed their families and perhaps in the future create a living that extends further than the grant system.

After the successful completion of the first borehole in November 2020 in the Maliyazwa Village, CCFA wishes to provide further communities with four more much-needed boreholes. The additional boreholes will be piped to at least 8 strategically positioned outlets in order to allow for even distribution within the community, serving at least 400 people. The nearest river is a great distance away from the community and the presence of wild animals such as hippo and crocodiles in the river and on the river banks, makes collecting water there a life threatening task. Many community members have already lost their lives over trying to access this water source.

Mr Libuku’s village (Maliyazwa) is home to a community of approximately 40 people, who are now able to access water safely, thanks to the recent construction of a borehole in their village. This is a pure luxury for the community who had previously resorted to descending 10 metres into a collapsed water well to collect water to fulfil  their basic needs for survival. Standing on the collapsed edges of the well to access water was a life threatening feat in that there were no reinforcements surrounding the structure. The water table had dropped due to drought conditions, hence the need to descend at least 10 metres below ground level.

The recent borehole construction at Libuku Village has provided the many elderly people, as well as those in poor health living there, with easier access to water. The act of collecting water from a well and walking far distances to a water source, was not available to these physically challenged community members. Now, water points are located closer to the homestead and the borehole has been fitted with a sediment filter (a bidden wrapped around the intake pipe) to keep larger debris out of the water. 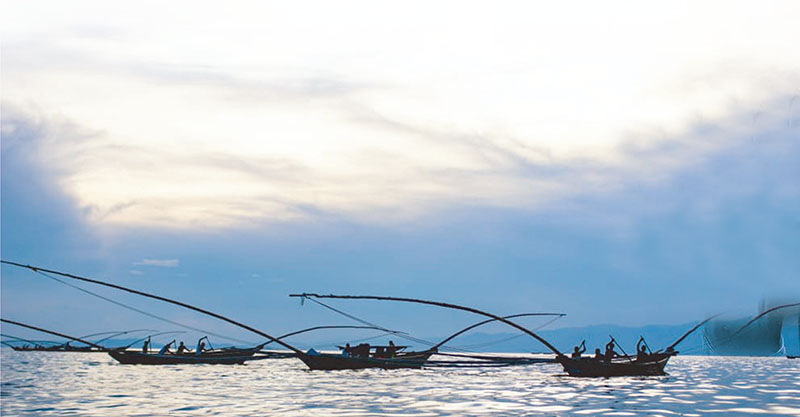 A choice that isn’t available to most aquatic animals. So how is it that the fish most commonly known for its breeding success in agricultural environments is the exception?

In celebration of marine month, we take a quick dip into the pool of conservation awareness around aquatic animals.

A name that rolls off the tongue and serves as the common label to over one hundred species of cichlid fish, tilapia. Also called muddy and earthy and frowned upon by chefs who see the fish as inferior to saltwater line fish. However, if we continue to indulge in fish as a culinary delight, tilapia are the species of choice when it comes to implementing sustainable farming practices, because they are adaptable and hardy.

So how are tilapia linked to the more salty side of aquatic life? In the past two years tilapia have been discovered by researchers to be adaptable to saltwater environments. Tilapia are able to physiologically adapt to varying salinity levels making them viable contenders to step in as superheroes in the quest to reel in the effects of climate change.

Biochemists continue to research and understand how stress-tolerant fish like tilapia convert environmental signals into beneficial biological and physiological outcomes that allow them to adapt in environments of varying salinity levels – a feat that is deadly for most other species. Unlike land animals, aquatic dwelling animals constantly work to maintain a level of balance between the water within their bodies and the water in which they live. This balancing act, known as osmoregulation, is threatened by climate change. As the polar ice caps continue to melt, sea levels rise, which causes the salt content of oceans to decrease and the salinity of coastal rivers or bodies of water to increase. And so both marine life and freshwater creatures are affected. The topic of debate is now concerned with whether or not other fish species will evolve to adapt to salinity levels with the changing climate conditions, or if tilapia are perhaps our only hope for creating conservation efforts around regulating the survival of fish species under these life altering conditions.

CCFA has a vested interest in tilapia, which in the past few years have been introduced to Lake Gishanda in Rwanda, the body of water which, post genocide, was devoid of animal life. Part of the Akagera Fisheries Project that operates within Akagera National Park, the introduction of tilapia to Lake Gishanda aims to stimulate sustainable farming practices in order to generate income for local communities, through job opportunities and food security. As this fish population increases the community will be in a position to supply the local hotel industry, including the nearby Akagera Game Lodge by Mantis.

Perhaps in a few years time marine biologists will be working more closely with freshwater fish farmers. What we know for now is that all life is interconnected so no species, tiny or muddy, should ever be dismissed when considering conservation efforts. 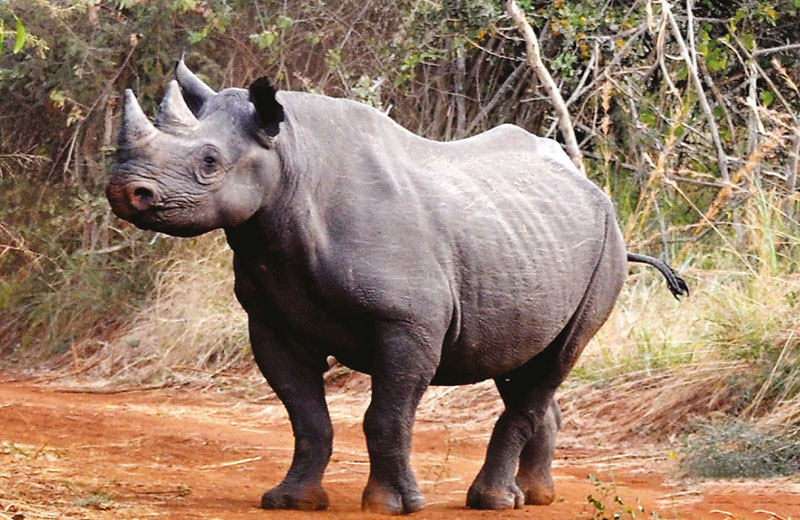 When five rhinos fly 6000km from Czech Republic to Rwanda in the largest ever transport of rhinos from Europe to Africa, there’s a tale to be told. We are still beaming over the recent relocation of five Eastern black rhinos from Safari Park Dvûr KráIové in the Czech Republic to the Akagera National Park in Rwanda. The CCFA contributed $10,000 towards the logistics of this project, which essentially began years ago, with the vision the European Association of Zoos and Aquaria (EAZA) had to help supplement wild populations in secure parks in Africa. The wildlife selected for these relocations are genetically-robust and have been successfully bred and cared for over the years by the European Association of Zoos and Aquaria (EAZA) Ex Situ Programme.

With fewer than 5, 000 wild black rhinos and 1000 Eastern black rhinos currently roaming game parks in Africa, as well as a future threatened by poachers gunning to meet the illegal demand for rhino horn, the CCFA believes that support for this type of relocation and rehabilitation will effectively contribute to sustainable wildlife conservation.

Three female and two male black rhinos, ranging between two to nine years old, were chosen from the EAZA EEP. Jasiri, Jasmina and Manny were born in Safari Park Dvûr KráIové (Czech Republic); Olmoti comes from Flamingo Land (United Kingdom) and Mandela is from Ree Park Safari (Denmark). The five travel buddies (gathered for relocation in November 2018) took part in sensitisation exercises for months prior to their trip to minimise stress during their journey. Their economy seats were custom-made crates that allowed for them to be fed and watered regularly. The travellers were accompanied by experienced zookeepers from Safari Park Dvûr KráIové as well as veterinarian Dr. Pete Morkel, a world expert in rhino translocations, who oversaw their comfort and well being throughout the trip as well as their introduction to their final destination in Rwanda.

Model and conservation advocate Veronika Varekova, played a key role as a patron assisting with transport costs for the project. The rhinos have been donated to the Rwanda Development Board (RDB), the governmental body that in partnership with African Parks manages Akagera National Park.

The happy traveller’s accommodation plan included an initial stay in boma enclosures, followed by a stay in larger enclosures in a specially protected area and finally their release into the northern part of the national park where they now roam free.

Both the Rwandan and European counterparts involved in the relocation project believe that the rhinos will thrive in their natural habitat in Akagera, a park where tourists can now visit the African Big Five. This protected environment will also allow for the ongoing study of the five rhinos as well as the existing rhino population as they gradually integrate to contribute to a stable population of black rhinoceros in East Africa.