BEHIND EVERY NAME THERE IS A STORY 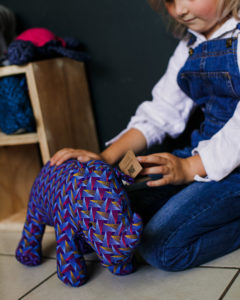 CCFA has commissioned a local community in Kylemore to hand sew their CCFA Mascots. Kylemore is a quaint missionary village, with a small community just outside of Stellenbosch.

Our Handmade mascots have an individual character which allows their purpose and personality to come alive.  Each rhino mascot has been named after a real hero. The names chosen were of rhinos that were devastatingly poached and CCFA would like to remember each one of them by honoring their names.

Bella was the beautiful matriarch of Kragga Kamma Game Park in the Eastern Cape, South Africa. Having lived in the reserve for 20 years, Bella’s life came to a brutal end in June 2018.

This mamma white rhinoceros was slain by poachers for less than 1 centimeter of horn. Bella had been dehorned just a week prior to her murder in an effort to protect her from the threat of poachers. Tank, Bella’s young bull, just 16 months old at the time, was found wandering near his mamma’s carcass.

Rhino orphans Impi and Gugu, were living at the Thula Thula rhino orphanage in South Africa when they were shot and killed. The orphanage was established as a safe house for rhinos orphaned due to the rhino horn poaching trade.

Thula Thula was invaded by 5 heavily armed assailants in February 2019. Staff were brutally assaulted and bound while the attackers went on to shoot, kill and dehorn adult female rhino Gugu and male rhino Impi, both 18 months old. Impi suffered for hours before he was discovered by staff, at which point he was humanely euthanized.

Impi and Gugu were set to be moved to a release site within the next week, which would have entailed humanely removing their horns while under sedation, a step taken to protect the animals from future poaching attacks. Suspiciously this attack came within days of the rhinos’ opportunity to live in the wild.

Impi originally arrived at Thula Thula after being found near his mother’s slaughtered carcass, still splattered with blood from the gunshot wound that killed her. Impi had waited for 6 days before he was rescued.
Despite continued efforts to protect and safely house wildlife at risk of being poached, criminals are still fighting a vicious battle with rhino safekeepers.

In 2012 three rhinos living in the privately owned Kariega Game Reserve in the Eastern Cape, South Africa, were subject to a brutal attack. The rhinos were darted and their faces hacked for their horns. One rhino died that night due to his injuries but two were found alive although somewhat disfigured. Veterinarian Dr William Fowlds administered a reversal drug to the rhinos to wake them up and give them a chance to live.

The two surviving rhinos were, an adult female, Thandi (meaning Love in Xhosa), and adult male Themba (meaning brave & courageous). Whilst Thandi appeared to improve significantly as the weeks went by, Themba slowly deteriorated. His facial injuries were not as severe as Thandi’s but sadly, due to the way he had fallen and lain during the poaching, the circulation in his leg had been cut off due to the sheer weight of his body. Sadly Themba’s leg didn’t recover. After each procedure, he would come back with great gusto, giving the team hope. Despite his fighting spirit, Themba didn’t survive and was found lying dead in a watering hole. It is believed that he simply laid down, gave up and died. A sad day for so many involved, especially Dr Fowlds who had tried so desperately to give the young rhino a chance of survival.

Survivors of poaching are so rare and little was known at the time as to what other trauma the rhinos suffer while at the hands of poachers. Themba may have lost his battle for survival but it wasn’t in vain, as more research has since been carried out and resulted in ways to more effectively treat survivors of poaching.

Munu was found wandering around in circles in the Easter Cape towards the middle of December 2018 by a section ranger named Moolman and has been named in his honour – Munu is an abbreviation of this ranger’s name.
Upon discovery Munu was tranquilized and taken to the boma environment at Addo National Park in the Eastern Cape, South Africa for further assessment and analyses. The rhino was found to be blind in both eyes, his condition the result of a fight with another territorial male.
Abandoning Munu to his own devices in the wild would mean certain death, either from a lack of water and nutrition or fatal attack by other rhinos or lions. Based on the very low numbers of his sub-species, the decision was made to accomodate and protect Munu at Addo National Park. Adrian Gardiner (Chairman of Mantis Collection and Brett Barlow, Wildlife Partner with Adrian for Founders Lodge) then made the decision to contact the National Parks authorities to see if CCFA could adopt him and take care of him at Founders Lodge.
After extensive preparations to replicate Munu’s secure boma facilities at Addo, his relocation to Founders Lodge became a reality in late June 2019. He now has 4 full time caretakers at Founders Lodge who carry out his daily feeding and cleaning requirements as well as his need for company (which most captive animals respond very well to).
Munu has two large, safe additional outdoor environments in which to spend his days as well as a radio station to assist in guiding him back to his water, feeding and sleeping bomas. In the first enclosed boma there is overhead misting spray to help Munu stay cool on hot days. Furthermore, 24 hour security is stationed at the enclosure, the importance of which cannot be overstated.
Because Munu is in his prime breeding years, our ultimate goal is to obtain a black rhino female of the same subspecies to mate with Munu, and to create a breeding area to continue the growth in numbers of the subspecies.

Our Mascot Munu is a little different from our other mascots.  Munu has no horn as he is a surviving rhino and has had his horn removed for safety and his eyes are white depicting his blindness.