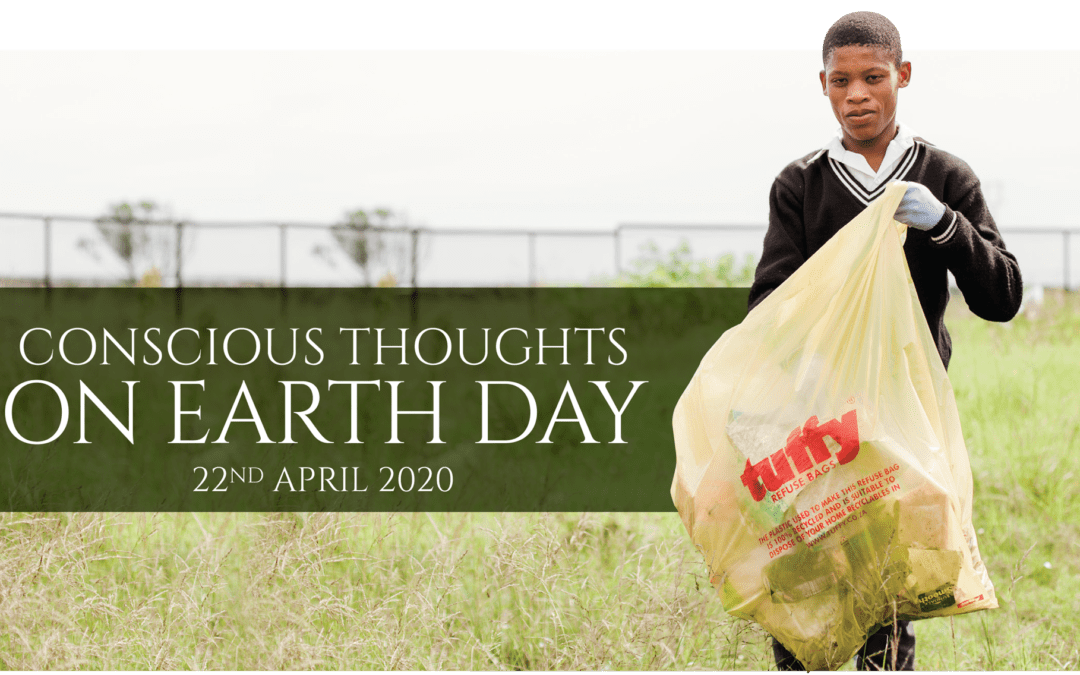 We’re just three and a half months into 2020 and already we know this is a year that humanity will never forget. The threat of a worldwide pandemic raps at the doors to our housebound hearts, one that is not characterised by a living organism, but rather a virus which doesn’t  seem to stem from nature. This brings into question our own true nature and the way in which we engage with the world – with Earth. What ‘environment’ have we as humans created, that allows for disease to thrive?

When death creeps into our quarters we start to look towards all that is living. To identify with that which breathes, grows and evolves so that we might better understand how to draw more breath into our own lives. We unearth a reverence, curiosity, appreciation and gratitude towards life and nature. We notice the leaves that are moved by the wind. And we feel how even when the body is brought to stillness, life continues to move, both inside us and around us. Maybe we start to question ourselves, our actions; how am I supporting my own life and the living organisms which unquestionably support my experience on Earth?

2020 marks the 50th anniversary of International Earth Day. This year’s Earth Day has been appropriately themed ‘climate action’ by the Earth Day Network. Earth Day is widely recognized as the largest secular observance in the world, marked by more than one billion people every year as “a day of action to change human behavior and provoke policy changes.”

CCFA shares the Earth Day vision, which is to “diversify, educate and activate the environmental movement worldwide.” In February, our team, together with Wilderness Foundation Africa, hosted a short education class for 48 grade 8 students at Coselelani Secondary School in Motherwell, Eastern Cape. Learners were educated on the importance of recycling and the ways in which every person can contribute to protecting and preserving our planet. The class was followed by a mass clean up in the area surrounding the school, to solidify the teachings (the waste was collected from Coselelani Secondary School by the Waste Trade Company, for appropriate recycling and disposal).

The CCFA team recognises Earth Day as a reminder that the Earth supports human growth each day and so we too should pool our efforts to support her in our daily lives. It comforts us to know that our beehive project goes a long way to supporting nature’s activities. The re-homing of 9 million bees in the Eastern Cape means that cross-pollination is supported in those areas and flora and fauna can thrive while farmers enjoy nature’s assistance in the growth of their crops. To read more about other CCFA carbon offsetting projects, visit our projects page https://www.ccfa.africa/projects/

We recommend this extra reading for you on Earth Day.

6 Lessons Coronavirus Can Teach us About Climate Change 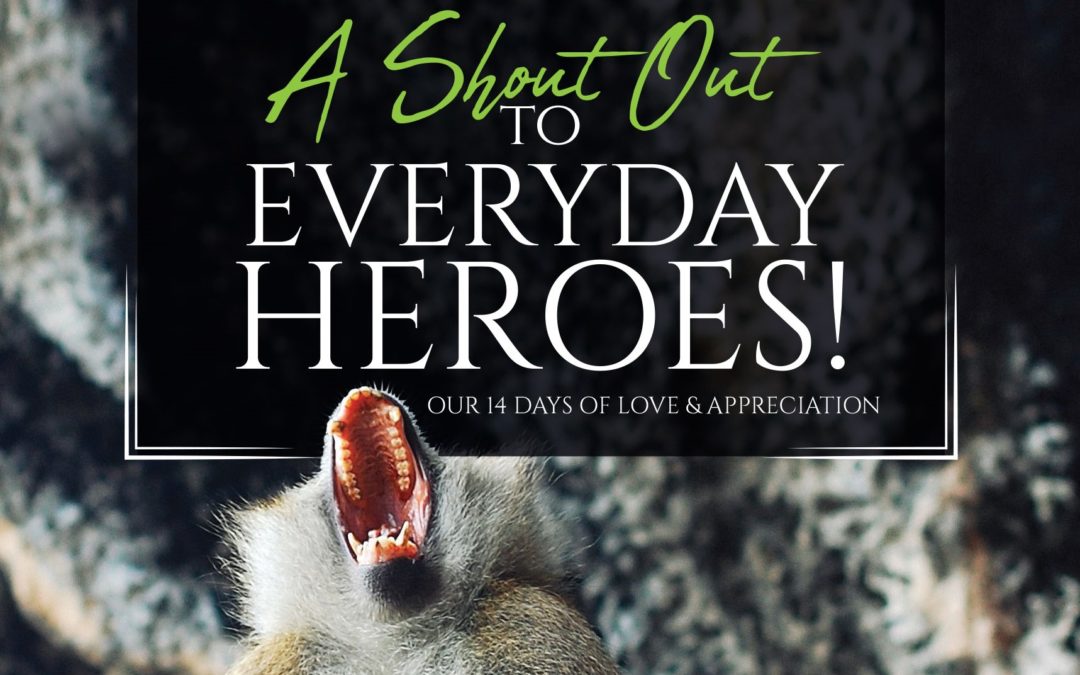 Our Covid-19 Shout Out To Everyday Heroes

Our Covid-19 Shout Out To Everyday Heroes!

The world as we know it has changed. Just over three weeks ago the coronavirus severely disrupted life in South Africa.  As we saw the pandemic spread swiftly around the world, we realised it was inevitable that we would not escape the traumatic and profound effect COVID-19 would have on our country and its people.

With half the world in lockdown to #flattenthecurve of the infection, business, the economy and industries globally are being negatively impacted… this includes tourism and conservation.  Yet guides, rangers and communities within conservation areas are still working, where they are able to, to protect our environment and wildlife. Some are redirecting their energy and resources to help fight the pandemic.

We are living in unprecedented times, each day brings new developments as the COVID-19 situation evolves but one thing that is consistent, is the incredible resourcefulness of people.  From the sacrifice and dedication of our essential services personnel who are the frontline of activities critical to saving lives, through to organisations that, through action and unity, are changing people’s lives.

We support a number of projects aimed at improving the environment for people as well as nature.  Over the next 14 days we will be doing a daily ‘shout out’ to projects and organisations doing amazing work under extremely difficult circumstances.  Three of these are projects we support but the others are organisations we admire. There are so many great causes and organisations that are working hard to help those in need, we have selected a few we feel have gone beyond the call of duty to support humanitarian and health efforts during the COVID-19 crisis. Those that are helping mitigate the impact of the virus on our country’s most vulnerable citizens.

Join us in paying tribute to these everyday heroes. Follow the ‘shout outs’ on our Facebook and Instagram pages. Read more about what is happening ‘on the ground’ and offer support, if you are able to.

President Cyril Ramaphosa’s Thuma Mina (stronger together) moment is upon us, as never before. In his words, ‘This too shall pass. We shall overcome. We are South Africans.’

We salute those who are making and being the difference. 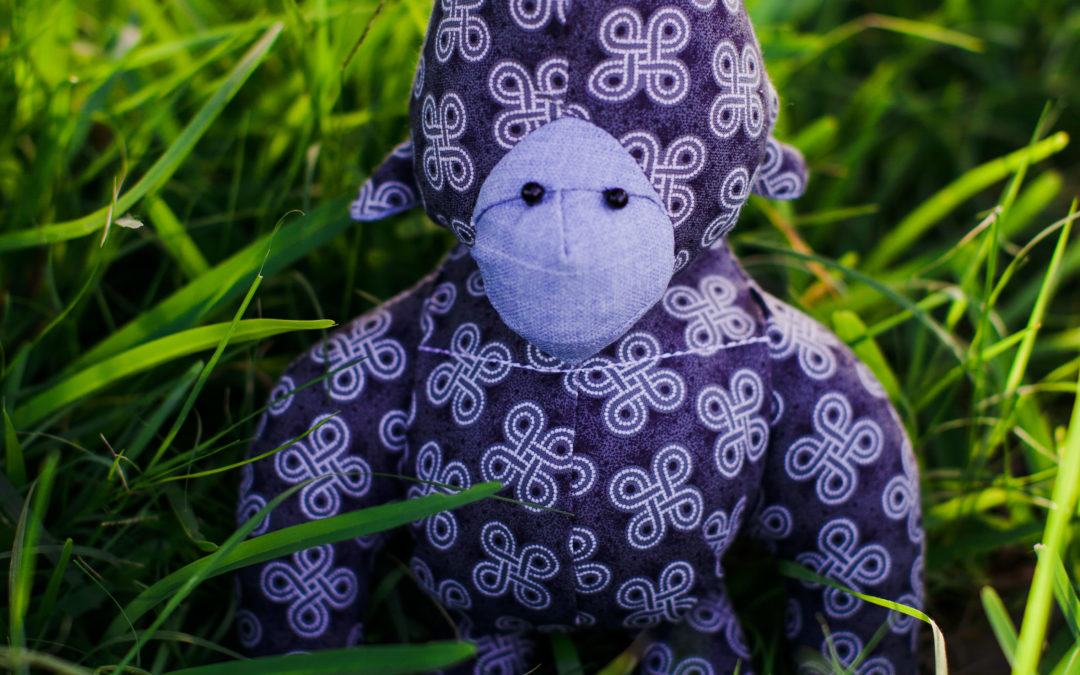 Kwita Izina  – to give a name

If you’ve been lucky enough to stay at one of the Mantis Accor luxury lodges, you might’ve enjoyed a cuddle from a gorilla, in the comfort of your room. These gorillas are the kind that fit onto your bed and can even be ‘adopted’ and taken home with you. They’ve each been given names that pay homage to the gorillas who roam free in Rwanda as well as Uganda, thanks to the efforts of the CCFA supported CTPH (Conservation Through Public Health) programme.

In honour of the work that the Dian Fossey Gorilla Fund International carries out in Rwanda, we have chosen to name some of our CCFA plush toys after the gorillas named in the traditional Kwita Izina naming ceremony, in Rwanda each year.  The Kwita Izina ceremony is based on a Rwandan cultural practice for naming human infants.

Historically, the Kwita Izina (for gorillas) was introduced in the 1960s by researchers that were led by Dian Fossey, founder of the Dian Fossey Gorilla Fund International. Gorillas were given names for study purposes; to accurately track and monitor these giants in the jungle in Volcanoes National Park. In 2005 Kwita Izina was established as an official Rwandan event. Rwandan and international conservationists, sports personalities, renowned philanthropists and diplomats are invited to name the gorillas under protection by the Fund.

CCFA founder, Adrian Gardiner, was invited by the Rwanda Development Board, to name a gorilla at Kwita Izina, in September 2019, in honour of his lifelong commitment to conservation. The ceremony was a memorable experience for Adrian, who feels as though he has gained another child.

The 13th Kwita Izina was themed “conservation for life” and who better to be invited to name a gorilla than Adrian himself.  Dressed in Rwandan traditional attire, Adrian addressed a crowd of a few hundred people and announced his name of his young gorilla, Irebero, who was born in April 2018.

Irebero which means “symbol” has four siblings already and is the infant to the famous Mahane, one of the remaining gorillas born while Dian Fossey was alive.

The CCFA team holds the memory of Kanyoni close to heart. Kanyoni was like a family member to the Conservation Through Public Health Programme team, which CCFA financially supports. The CTPH programme educates communities in Uganda by exploring ways in which they can live in harmony with the gorillas.

TUSK finalist in the 2019 conservation Tusk awards and CTPH team member, Gladys Kalema Zikusoka, who works closely with the gorillas, says Kanyoni was her favourite gorilla. Gladys is dedicated to researching and protecting the gorillas; it is her life’s work and she holds these mountain giants close to her heart.

Kanyonyi was a living testament to the achievements of gorilla conservation efforts at Bwindi Impenetrable National Park. During Kanyonyi’s five year tenure as lead silverback of the Mubare Gorilla Group, he kept the group united and enabled it to thrive and grow, through attracting numerous females.

Kanyonyi’s lineage called for him to step up as lead silverback of the Mubare Gorilla Group in 2012 (the first group habituated for tourism at Bwindi Impenetrable National Park, in 1992), after his father Ruhondeza, passed away. When Ruhondeza passed, the Bwindi community came to pay their last respects to Ruhondeza, signifying the improvement in their relationship with park management, while also demonstrating the dynamic of their relationship with the mountain gorillas – one of value and respect.

Tragically Kanyonyi fell off a tree and developed an infection in his hip joint. Following this injury, he became embroiled in a fight with a lone silver gorilla that wanted to take over his group. Kanyoni never fully recovered from these incidents and died in December 2017.

This adult male gorilla acquired his name when Dian Fossey was asked about his identity and, seeing him for the first time, replied “Beat’s me!”

Beetsme remains unique as the only known case of an adult male gorilla joining a breeding group (unknown males are not tolerated because of high competition among males for females.) In fact, for a time researchers thought he was a newly acquired female. One researcher noted early on that “this female sure does chest-beat like a male.” His true gender was determined when he began to grow and develop a silver back. While in Group 4, Beetsme played a largely peripheral role, perhaps to avoid aggression from other males in the group. He has illustrated the importance of not only male-female relationships, but also bonds between males. Beetsme has also informed one piece of the life-history puzzle of mountain gorillas: longevity. He was first observed as a blackback (10 years old), and though his exact age remains unknown, it’s estimated that Beetsme was about 36 years old when he died.

Poppy was born into Fossey’s Group 5 on April Fools’ Day in 1976. It was an auspicious birthday for the playful young gorilla, who was full of personality. Poppy, the oldest known gorilla, was born in a group of gorillas studied by Dian Fossey and stayed in that group until November 1985, just a few weeks before Fossey was killed.

Fossey wrote about Poppy many times in her journals, calling her the group’s “little darling … winsome and appealing. She could do no wrong.” Poppy was a member of one of the mountain gorillas’ ‘royal families’. Her mother, Effie, was the legendary matriarch of a family whose members are spread across many gorilla groups in the Volcanoes National Park in Rwanda.

In her later years, Poppy moved on to ‘Susa group’ where she quickly rose in status among the females, reaching the top level of dominance. She gave birth to many infants and stayed in the same group for years. She then split from the Susa group to join another. In August 2018, Poppy was part of Lyambere’s group during a stressful period that caused the group to travel quickly over long distances and enter into deep ravines. When the group was clearly seen again, Poppy was not with them. Despite a long search, she has never been seen again.

Before his passing in 2017, Cantsbee was the last surviving silverback that Fossey knew. At 38 years old, he set the record as the oldest silverback The Fossey Fund has monitored from birth. Cantsbee also holds the record for longest reign of dominance the Fossey Fund has ever observed, serving about 21 years as dominant silverback for Pablo’s group. During his long reign, Cantsbee led the largest gorilla group recorded with 65 individuals in 2006 – a third record for this impressive historic gorilla.

Along with being a strong leader, Cantsbee was known as an active and responsible father. Fossey Fund President and CEO Tara Stoinski, Ph.D., remembers seeing Cantsbee “babysit” five or six infants at a time while their mothers were off foraging. 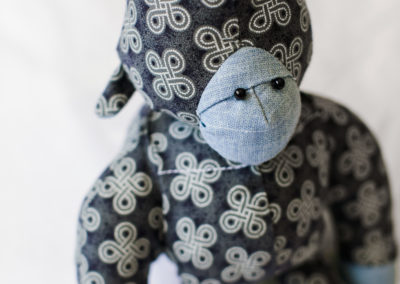 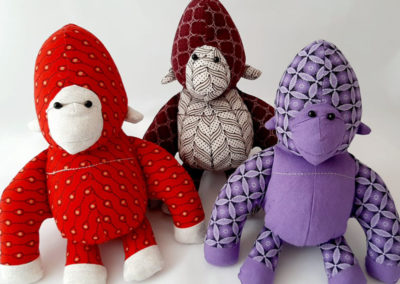 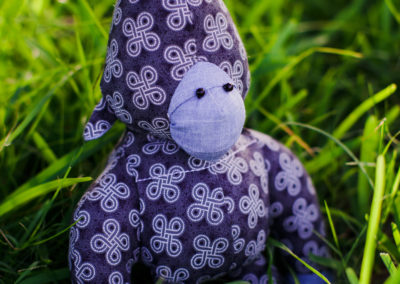 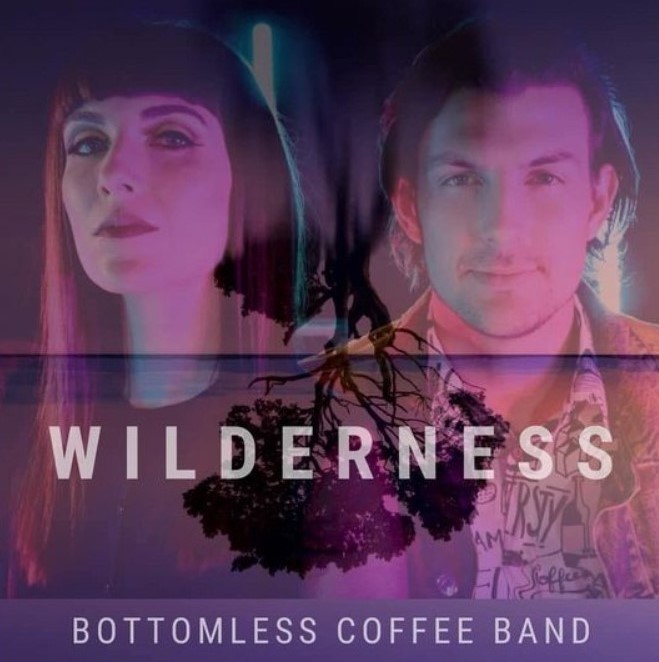 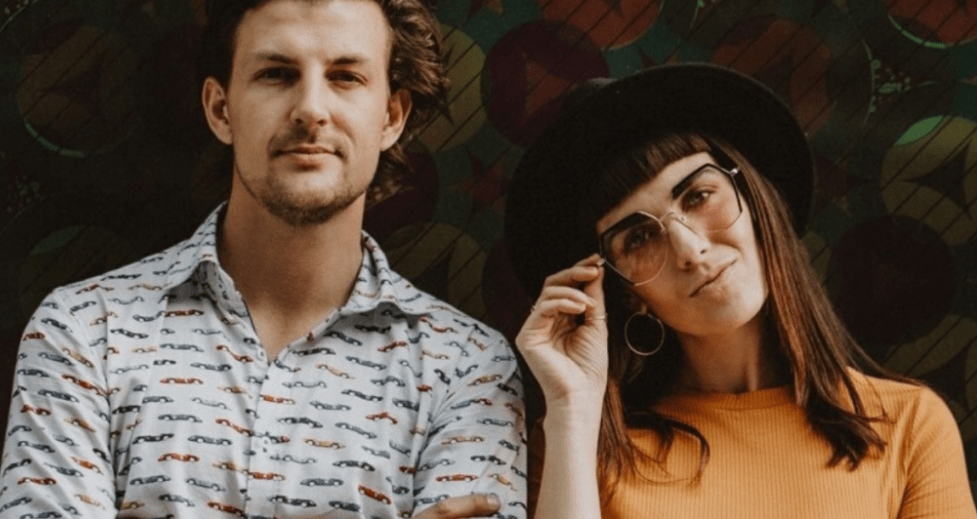 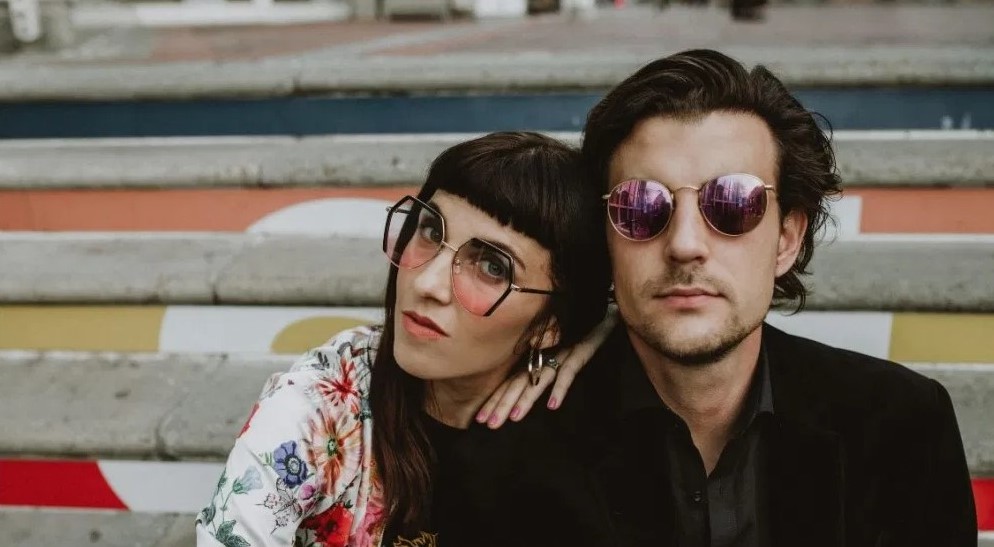 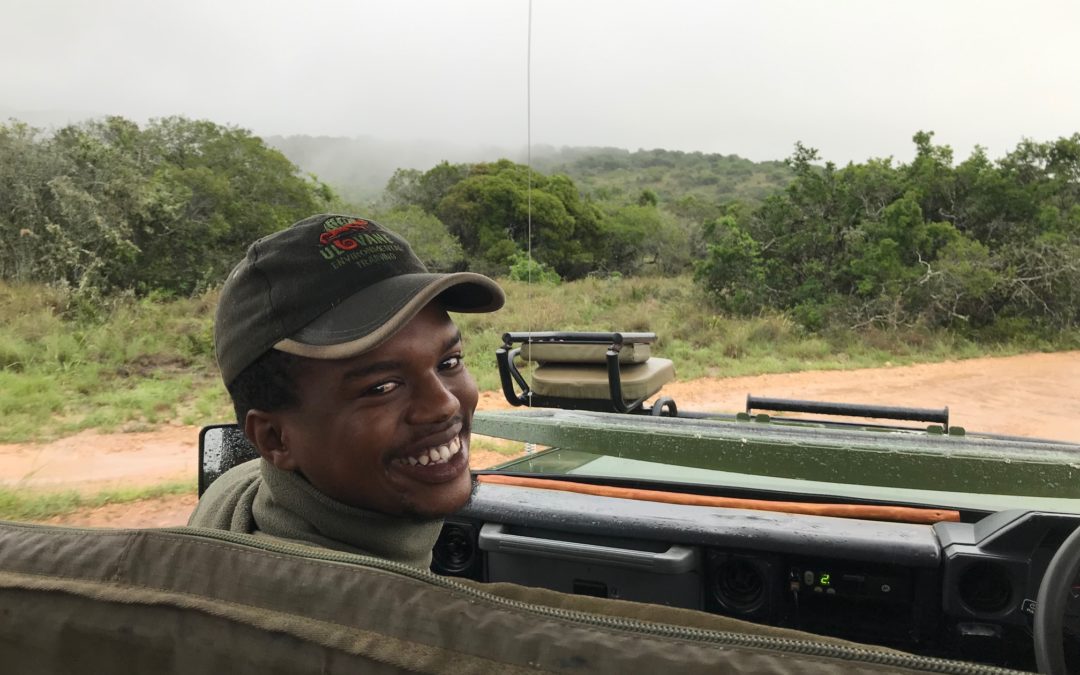 Vaaltyn discovers his path in the wilderness

Vaaltyn discovers his path in the wilderness 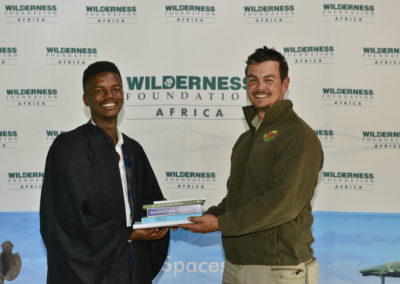 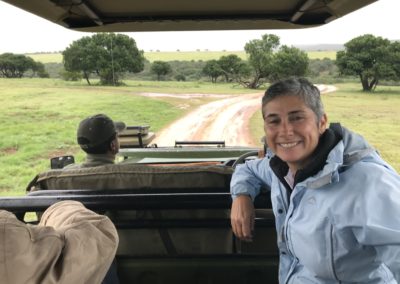 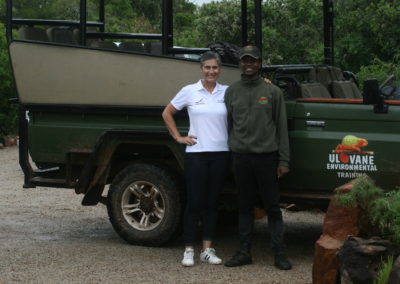 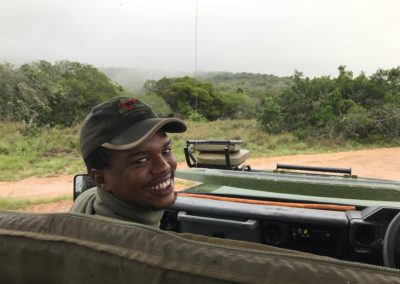