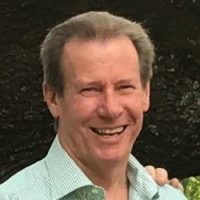 Don Tooth commenced working with the Anglo American / De Beers group in 1975 as a Management Trainee and worked in a number of the Group’s operations before being appointed as CEO of Anglo American Farms (AAF)in 2000 when he oversaw the unbundling of the company, in line with the revised Anglo American positioning in the international market, and the restructuring of AAF to become a business focused on Wine, Environment and Heritage. Under his Leadership Vergelegen has recently completed the largest private environmental project in South Africa and in partnership with Cape Nature have declared two thirds of the estate a Private Nature Reserve with the same level of protection as the Kruger National Park. It has created a partnership with both local and international institutions to offer both post and undergraduate environmental studying opportunities
Vergelegen was also voted the South Africa’s and the Continent’s best Vineyard in 2019.