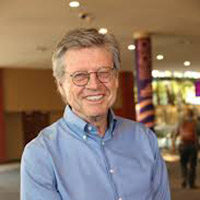 Graham Boynton is the Co-Founder of CCFA. Graham Boynton has worked as a newspaper and magazine journalist in Britain, the U.S.A., and Africa more than 25 years. In that time he has covered a range of subjects from politics and the arts to travel and sport and written for newspapers (Daily Telegraph, Sunday Telegraph, Financial Times, Washington Post) and international magazines (Vanity Fair, Esquire, The Spectator, The New Statesman) . He is the author of the critically acclaimed book on the final days of white rule in Africa, Last Days in Cloud Cuckooland, which was one of the Washington Post’s Best Books of 1998. Of Last Days In Cloud Cuckooland, the Washington Post’s Jonathan Yardley wrote: “Of a piece with much of the best and most perceptive wtiting about whites in Africa, from Joseph Conrad to William Boyd.” The South African Sunday Times reviewer, Professor Eddie Webster described it as “a gripping and courageous book …a useful point of departure for a debate on the future of whites in Africa.” Boynton spent a decade working in New York, primarily with Conde Nast publications as a Senior Editor at Conde Nast Traveler and as a contracted writer for Vanity Fair. During this period he wrote extensively about African wildlife and tourism at the same time delivering a number of talks and being involved in key debates on African wildlife conservation, tourism development and community conservation in developing countries. He continues to maintain a keen interest in Africa and consults on tourism projects in South Africa, Zimbabwe, Botswana and Ethiopia. Born in Britain, Boynton grew up in southern Africa, was educated at Peterhouse and Christian Brother College in Rhodesia and Natal University in South Africa, and entered journalism as a political reporter at the height of the Rhodesian war and apartheid in South Africa. In 1976 Boynton settled in London and wrote features for international magazines. In the mid-Eighties he was appointed editor of Business Traveller magazine – in 1986 the magazine won a Periodical Publishers Association award. In 1987 Boynton was recruited by Sir Harold Evans as one of the launch editors of Conde Nast Traveler magazine and move to New York. He spend 10 years in the USA as a senior editor at Conde Nast Traveler and as a contracted writer at Vanity USA as a senior editor at Conde Nast Traveler and as a contracted writer at Vanity Fair Magazine. In 1998 he returned to the UK at the invitation of the Daily Telegraph editor Charles Moore to take up the post of Group Travel Editor, where he remained for 12 year. During this period he dramatically improved the travel sections of the Daily and Sunday Telegraph and launched the highly acclaimed Ultratravel luxury travel magazine. In 2011 at the British Travel Press Awards Boynton was honoured for his contribution to travel journalism. He left his post as Group Travel Editor of the Telegraph Media Group in December 2011 and is now the director of his own company Graham Boynton Associates.